Take one adventurous, fun-loving, creative dad.  Combine with his four uniquely talented, courageous, and friendly kids, and you have, The Springmans!

The Springmans first album, Happy Beach, was produced by, and co-written with, multi Grammy© and Dove Award winner Mark Heimermann. (dcTalk, Michael W. Smith, Newsboys)  Happy Beach won a number of awards including the Parents’ Choice Award, NPPA Award, and the GMA Canada Covenant Award for “Children’s Album Of The Year.”  Following the release of their first record The Springmans did a number of very successful tours in the U.S., Canada, and Europe.

Their most recent album, Upside Down, also recorded with Mark Heimermann, was completed in February, 2021.  A great portion of the album was recorded at Valley Christian School in San Jose, CA with the help and support of many fine student musicians and teachers.  It features solos by each of the Springman children, and veteran Las Vegas brass players Dan Falcone (trumpet), Eric Tewalt (sax), and Nathan Tanouye (trombone).  The album will be individually released for streaming beginning in June, 2021.  Physical CDs will be available through selected outlets, the band website, and at concerts.

Originating from Vancouver, Canada, this family music group has been playing together nearly since they learned to walk.  And their dad, Perry Springman, quickly learned that the audience was somehow inexplicably drawn to children playing and singing their songs with their whole hearts, and on real instruments. (what? no backing tracks?!)

Hey there!  I am Perry, and the father of these four wonderful kids!  I wish I could take full credit for how amazing and talented they are, but my wife Julia has instilled so many wonderful qualities and  Godly character traits in them that, well, it just wouldn’t be right to boast.  God did pretty much everything, we just got to love them!  And we do!!

So, I’ll just talk about me… I started out a youth/music director at a church in San Diego and eventually formed my band Perry And The Poorboy. We toured the world (well, about 20 countries and 4 continents…) for about 10 years but I eventually moved back to Canada when I met Julia, my wife to be! I continued to tour with the band after Julia and I were married and she often came with us. (so much better!!) When our first child arrived our tours became shorter and stayed mostly in N. America. As our family grew our children became very interested in music and began joining me on stage, in the beginning for just a wander around or a hug, but eventually to sing and play. Soon, THE SPRINGMANS became my new band, and is now our full-time family ministry. It’s crazy fun being able to play with my kids all the time; I love it! And Julia? Well, she’s our manager!

Hi everyone!  My name is Emma and I’m 17 years old.  I sing, and play ukulele and mandolin in The Springmans.  I have been playing ukulele since I was 8 years old. I love touring and my favorite place to go is Hawaii.  When I’m not singing and playing music I ride horses!  I’ve been riding for nine years and I have a job working at a local barn where I help take care of and exercise  competition horses.  I love going to Jumper shows with my favorite horse Jewel, and she loves cuddling and treats!  Some of my favorite things are reading, swimming, watching movies, being outside and hanging out with my family.  My favorite food is chocolate, and apples and peanut butter is a perfect snack!

Hey there!  I’m Ryan.  I am 14 and have been playing drums since I was 3 years old.  I play baseball and work as a umpire, and I love hockey.  I also enjoy jumping horses (well, not over them, but on them… y’know, ‘show jumping’) camping, playing soccer, and swimming in creeks.  I play some mandolin in the band as well, but I also like messing around on piano, ukulele, and violin.  I don’t have a pet, but I would love to have a dog, or a horse, or a turtle (or all three!)  I’ve eaten cheese from the moon (it’s really good on a French croissant…) and have developed a particular taste for ladybugs. (I actually ate one when I was two!)  My favorite Bible verse is Proverbs 6:6 and Proverbs is also my favorite book of the bible.  I love touring with my family band, and I can’t wait to go back to Hawaii.

HI! I’m Sarah and I am 12 years old. I play the piano and I love to sing and dance in our band. When I’m not playing the keyboard I like to paint, ride horses, read lots of books, swim in creeks, and drink pure lemon juice. When I grow up I want to be a horse trainer and a florist. (I can do both, horses love flowers!) I enjoy eating (or drinking) sour things, but my favorite food is definitely watermelon! My first Casio keyboard cost $12.50 at a thrift store, but it works great, and the keys light up. Isn’t that cool?! I also really like acting: every year my siblings and I put together a play and perform it for our parents. I love traveling with my family and meeting new people. Bye!
I love looking around me and knowing that God has a HUGE imagination. My favorite book is the Bible and I am attempting to read the whole thing.

Hi!  I’m Jacob.  I am 10 years old.  I love climbing trees (the really high ones), hiking, carving, fishing, and treasure hunting.  There are a lot of places in the world that I would like to live, especially places that have cool rocks- searching for agates is lots of fun! I have been to the moon 9 1/2 times and my favorite ice cream flavor is beef jerky (actually, I am a vegetarian – everyone in our family likes to eat healthy food), and my actual favorite flavor is mango!  I love to sing and play violin and percussion.  I read a lot, and my favorite book is My Side Of The Mountain. It’s about a boy who lives in the forest. Daddy and I wrote the song “You’re The One” which is on our new album. It is about God’s promise to always be with me.  I was 6 years old then.  I remember really well when I was 5 years old and I asked Jesus to live in my heart!  That was very important to me.  My favorite Bible verse is John 3:16 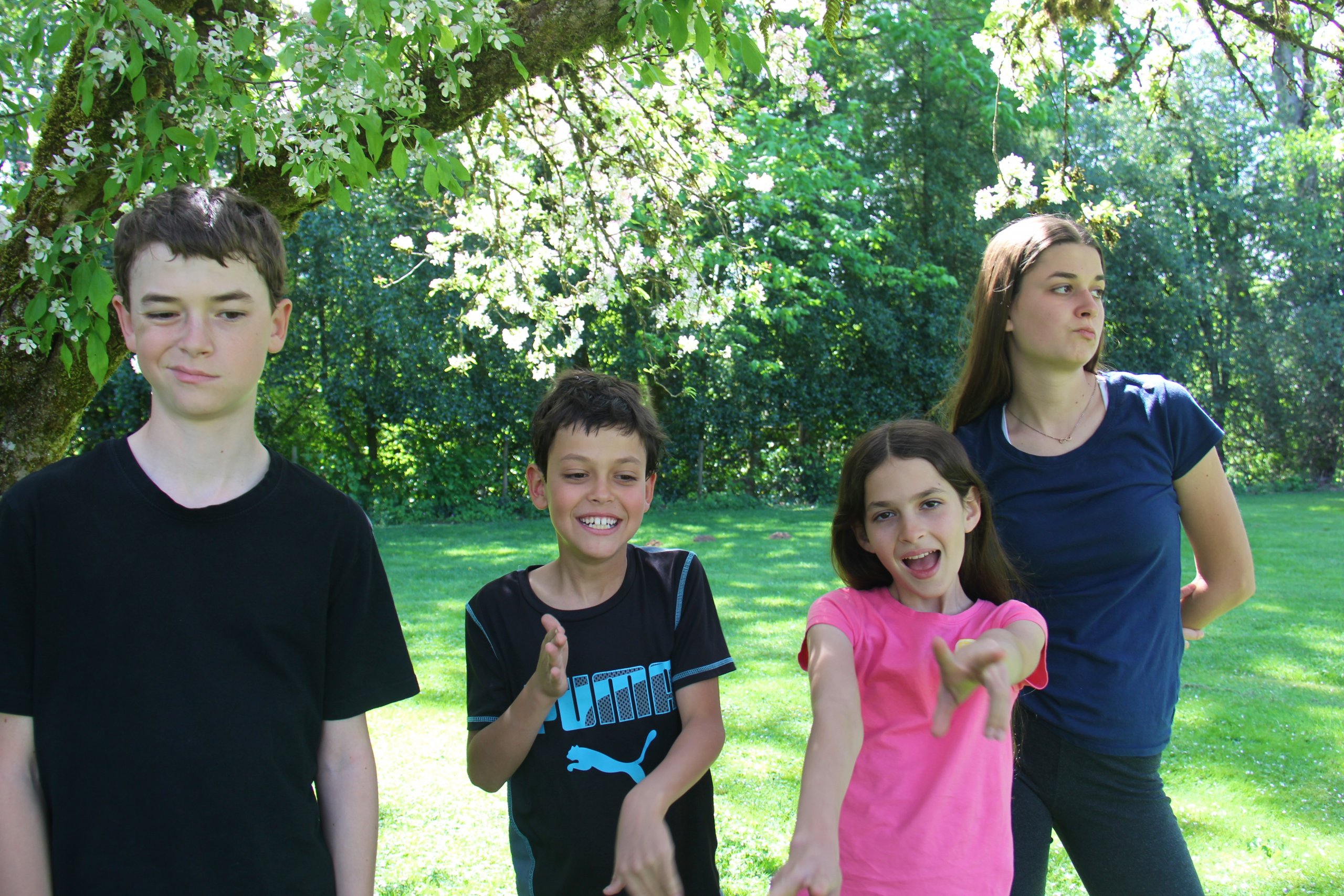 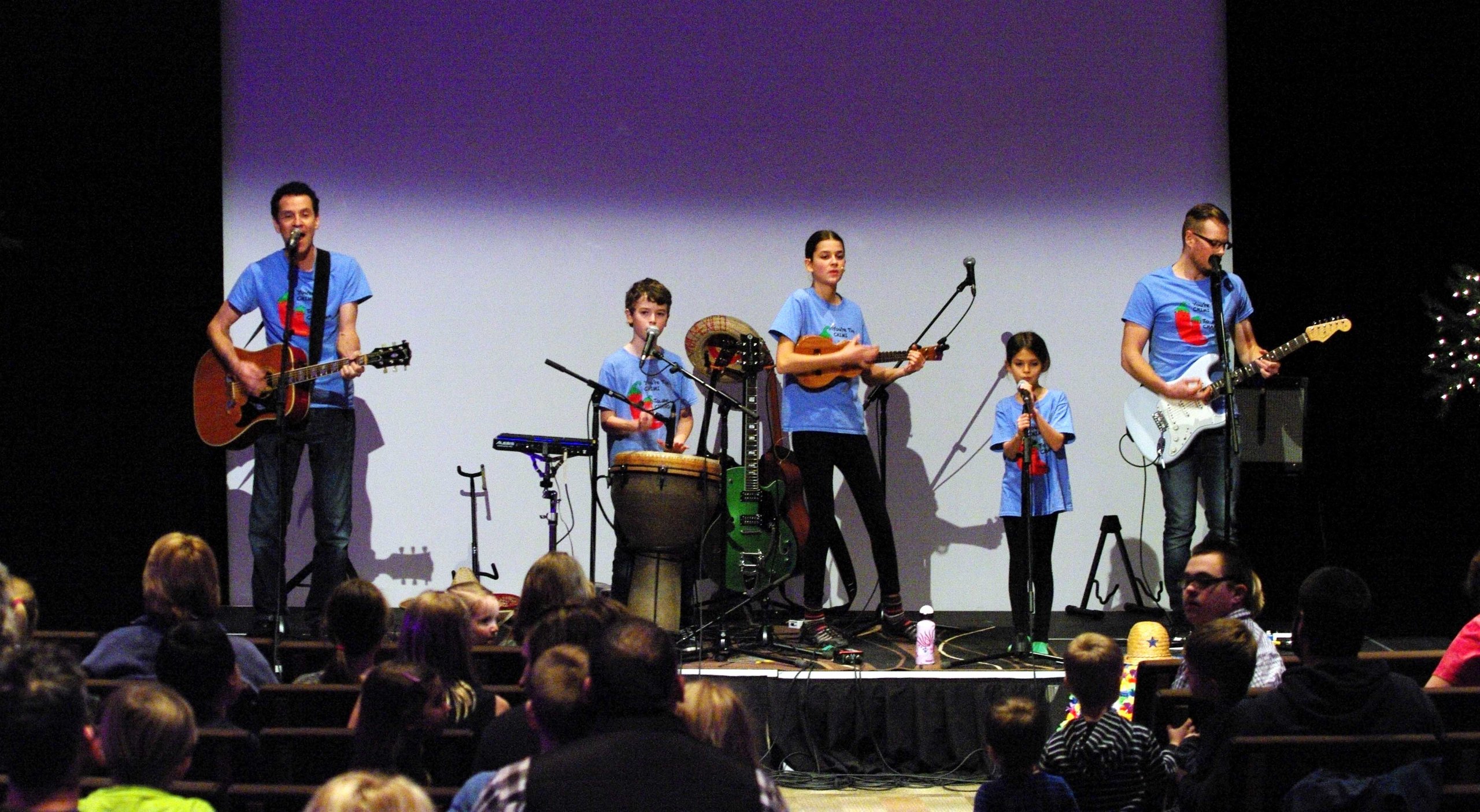 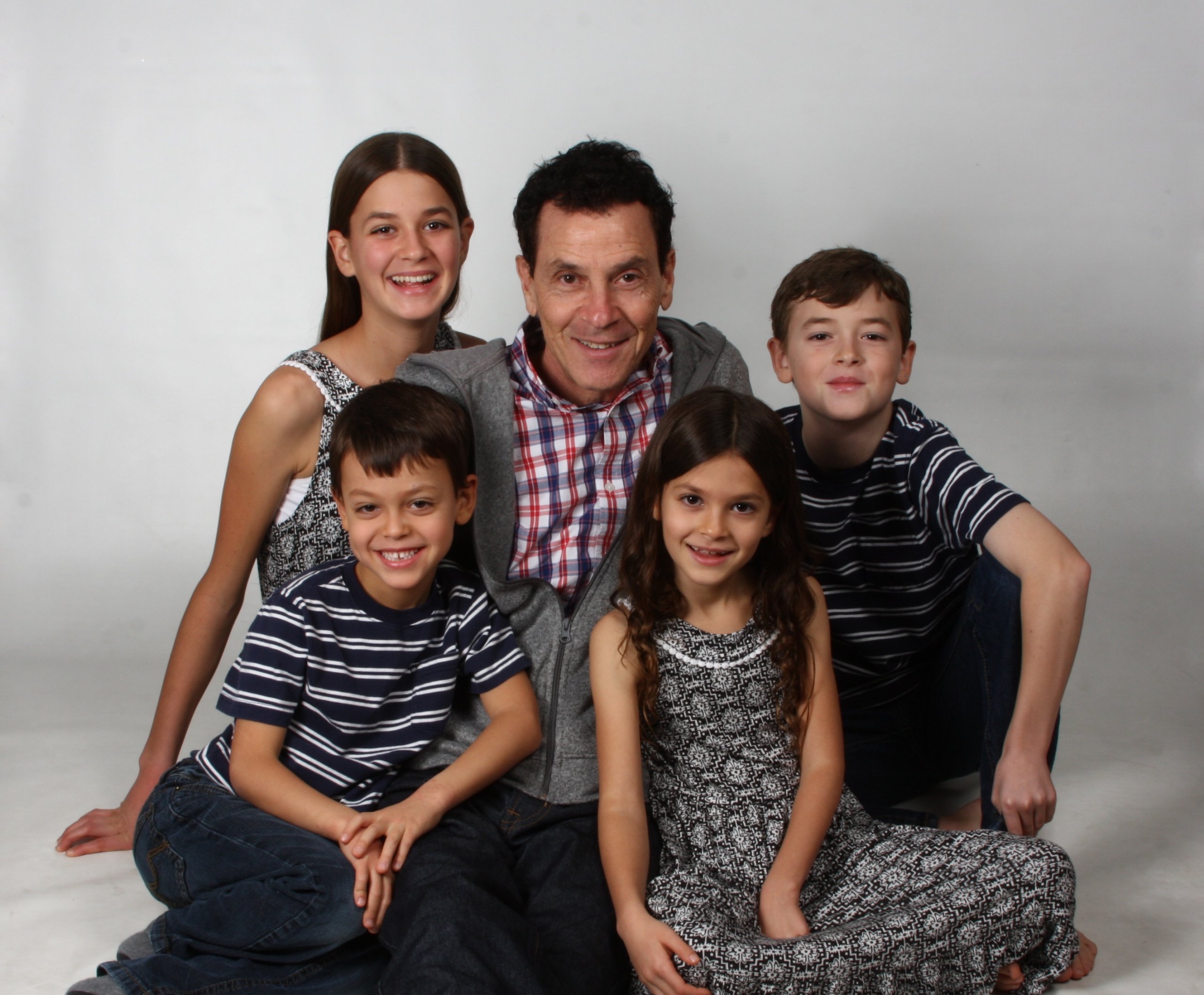 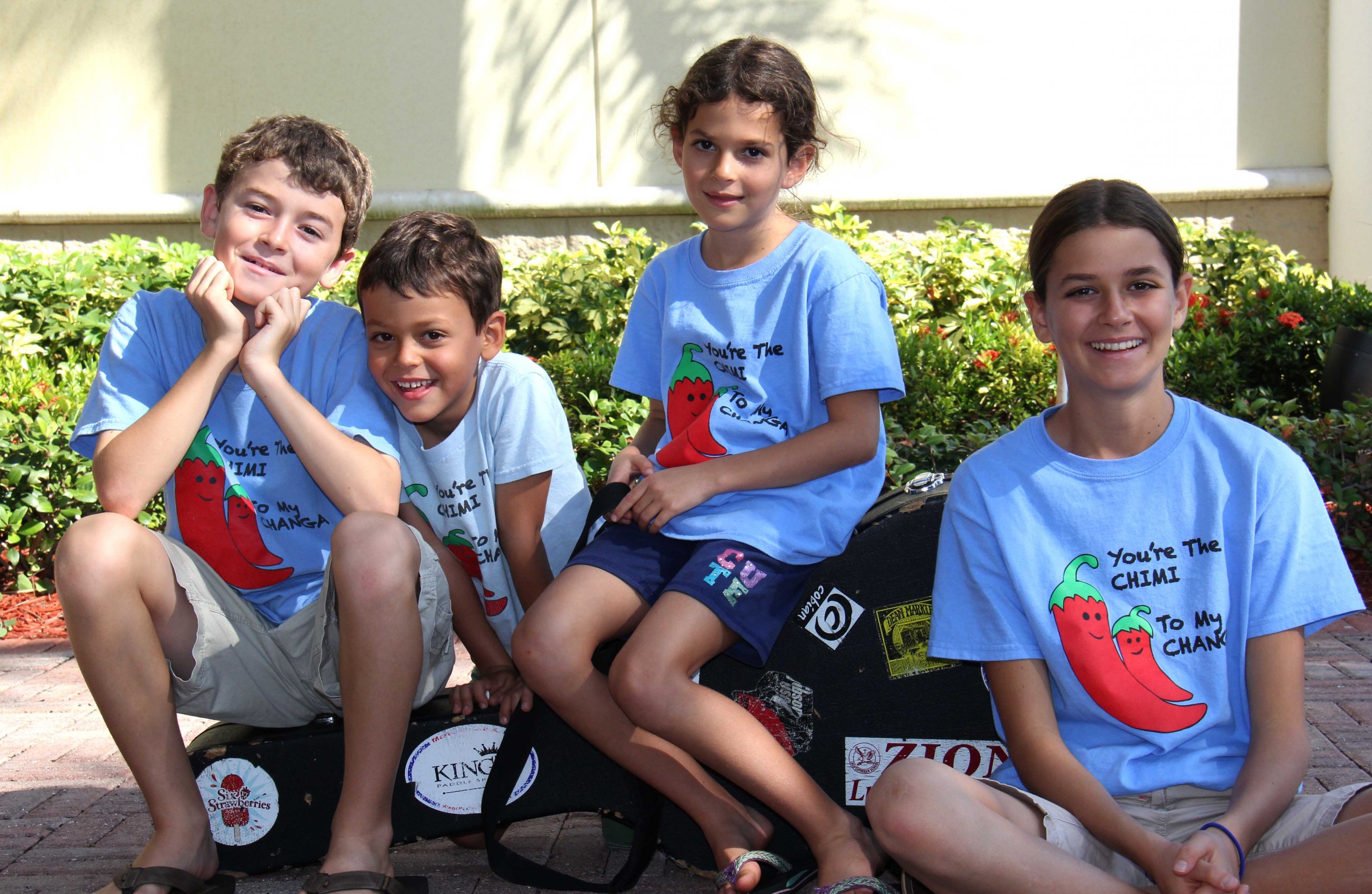 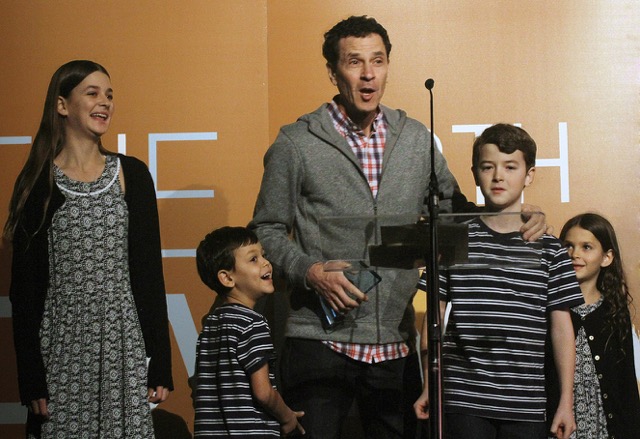 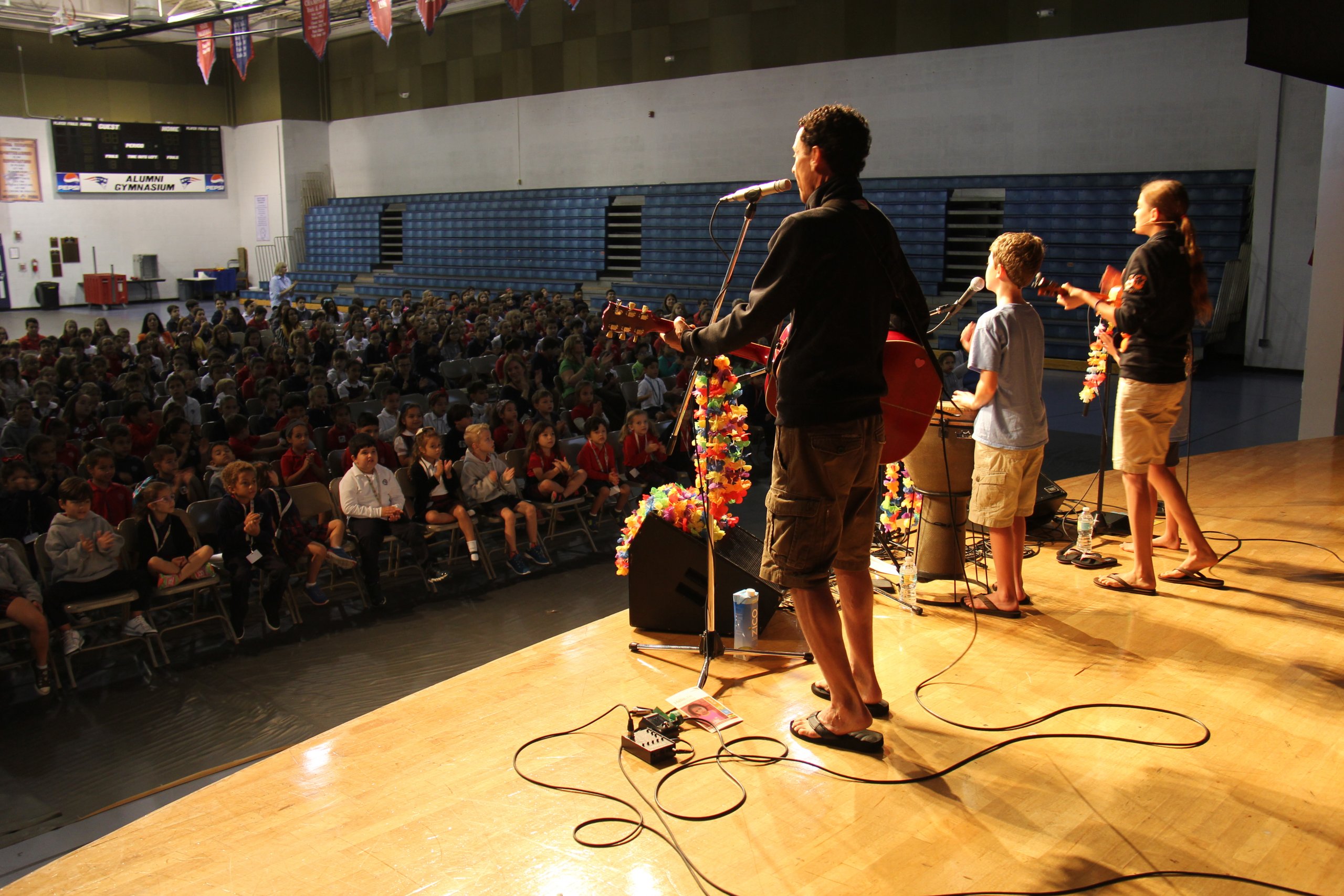