“UPSIDE DOWN” NOW AVAILABLE ON CD!

“Let the little children come to me, and do not hinder them, for the kingdom of God belongs to such as these.” – Luke 18:16

When Jesus called the children to gather round, most people watching raised an eyebrow or two.

That just wasn’t done. It was unconventional. It was upside-down.

Cue The Springmans. With their home-grown, organic brand of feel-good pop and praise music, they’ve upended the convention and construct of traditional worship music with each track on their latest studio project, aptly titled Upside Down.

More than a collection of songs or a family jam session, Upside Down is a serious declaration of devotion made by young believers and their spiritually grounded father, Perry Springman, the former lead singer of international touring and recording Christian group Perry and the Poorboys, comprised of Canadians, Americans, Australians, Swedes, Finns, and Germans. Wrapped in legit, quality musicianship and production at every turn, Upside Down is a worthy follow-up to the band’s critically acclaimed debut album, Happy Beach, which won the 2017 GMA Canada award for Children’s Album of the Year—a fitting award given the happy coincidence that launched the band in the first place.

The year was 2000-something, and Perry (aka, Dad) was performing a concert during a Christian school chapel service. While her father was singing, five-year-old Emma toddled onto the edge of the stage and sat down to eat her snack, sometimes singing along, sometimes getting up and dancing. Perry realized that as the students started to notice Emma participating in the concert so un-self-consciously, they forgot about being cool teenagers and just had fun and joined in! On that day, the idea of a family band was born in the hearts of Perry and his wife Julia. 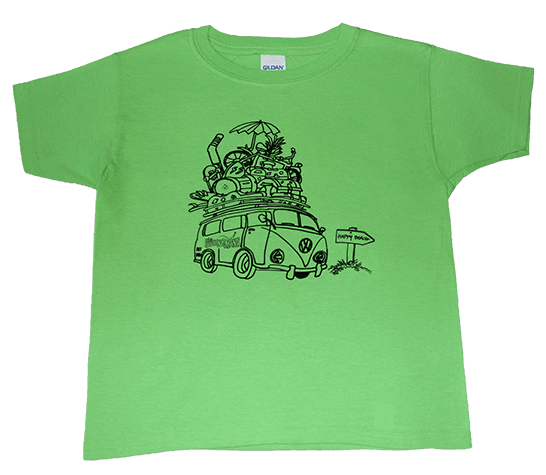 READ MORE FROM OUR BLOG